Orpheus, inversely. The man returns from the dead to his wife and his mother, who have mourned and arranged their lives to a life without him. His death is with him. When one of the women's love for Orpheus is strong and powerful enough, Death will withdraw and let the man live. The wife elaborately declares her love for him, the troublesome struggle for a common ground, her desire to merge the partners' dissimilarities into a partnership. The mother is only able to say a few of words: "I don't know what this is / a love that must be spoken." To her, with each transition from one phase in life to the next – from baby to child, from child to youth, from youth to adult – the son has died. In the end, she offers to die so her son can live.

Orpheus is an old subject for the opera, the Baroque era in particular produced numerous libretti and compositions. The concept of a sacrifice that humans make for one another runs like a thread through the dramas and novels of the French author Marie N'Diaye, who moved to live in Berlin after Sarkozy came to power. For the Catalan composer Hèctor Parra, who lives in Paris and had previously set a poem by N’Diayes to music, the libretto offered the opportunity to merge two passions: the IRCAM composer's enthusiasm for baroque opera and his joy of discovery. The music, which can at times be extremely forceful, at times extremely gentle, will be performed by an ensemble with modern instruments and a baroque ensemble; both ensembles in their respective tunings, which differentiate from one another by a semitone. The dialogue of contrasting spheres – earthly and non-earthly, life and death, love and frigidness – has musical equivalents on different levels: baroque – modern, present – imaginary, vocal – instrumental. It is conceived from the vocals; moments, shadows of the Baroque music theater shine through the modern sound texture. "Operating in a multi-dimensional 'space-time' … allows the sensual vastness of the elapsing present to become tangible" (Markus Böggemann). 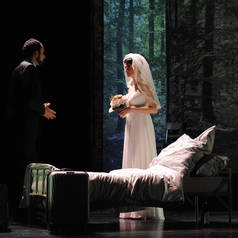 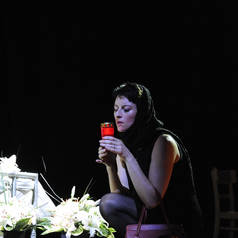 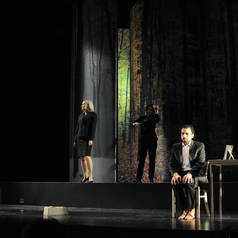 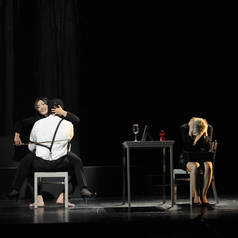 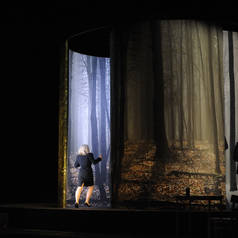 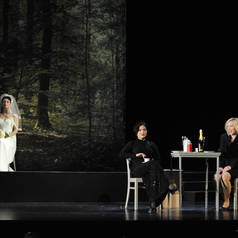 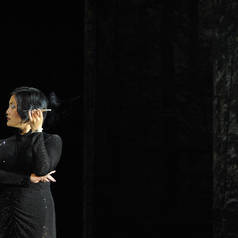 Héctor Parra was born in 1976 in Barcelona. He studied at the conservatory in his hometown, and at the university and at IRCAM in Paris with David Padrós; Brian Ferneyhough; Jonathan Harvey; and Michael Jarrell. After winning other renowned awards, in 2011 he received a scholarship from the Ernst von Siemens Music Foundation. His works are performed at international festivals and in important concert halls. Two portrait CDs (KAIROS and Col-legno) and a complete recording of his chamber opera "Hypermusic Prologue," based on a libretto by the physicist Lisa Randall, document the spectrum of his work up until the present. He has received commissions from, among other institutions, Musée du Louvre; IRCAM; Ensemble Intercontemporain; Klangforum Wien; Berlin Academy of the Arts; WDR; Musica Strasbourg; Théâtre des Bouffes du Nord; Cité de la Musique Paris; and the Huddersfield Festival (where he was composer-in-residence in 2013). He has been composer-in-residence at IRCAM-Centre Pompidou in Paris since 2002, and he has been teaching there as a professor of composition since September 2013.