With his commissioned work for the 14th Munich Biennale, Glanert is forging a new path; this has to do simultaneously with the creation and the form of the performance. In addition, for him this means a wish comes true: the collaboration with the experimental theater group Nico and the Navigators, which recently has concentrated for the most part on creations of a scenic counterpart to music works that originally were not conceived for the opera stage (Mahleriana; Rossini, Messe solennelle).

Glanert and the Navigators selected Elias Canetti's play The Numbered from the year 1953 as a common foundation. In the fictional world of this drama, every person has his or her life expectancy as their name, a number between 1 and 122 – no one will grow older than this. Thus every person knows how much time he or she has, and everyone else also knows, but only the individual person knows his or her date of birth, and therefore the day they will die and how much time they have left in their lives. The secret of this date is locked in a small capsule everyone carries with them. Only the "Kapselan," the Incapsulator, can open it with a special tiny key. In view of the fact that this can't be changed or avoided, everyone lives with­out fear. Things change when a skeptic discovers there isn't anything in the small capsule at all. There is an uprising, a revolution. But what advantages are there for the people when suddenly everything spins out of control, or to put it another way, when everything is liberated?

The staging and the score for The Numbered develop in several stages from the interaction between language and music. The primary levels are the 21 scenes from Canetti's theater piece, which revolves around the general theme of his philosophy, the relationship between mass and power. At first Glanert writes one minute of music for each scene. During the initial rehearsal phase, when all of the participants – the members of Residenztheater, the ensemble piano possible, the Navigators, and Detlev Glanert – get together, text and music are reacted to. During this phase, the music is composed further and differentiated. Approximately one half of the score is created during the rehearsal process. Music and language go through all of the forms of interaction, from pure spoken passages to melodrama to autonomous areas of music; only the one traditional aspect of music theater is missing: vocals with texts. The music itself gains, however, a stronger interactive directness. It consists in part of precisely written sections, but also of purely improvised passages and numerous intermediations between these poles. The binding character of the work and the pathos of the moment enter into a new relationship in this interactive opera. 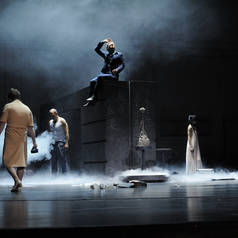 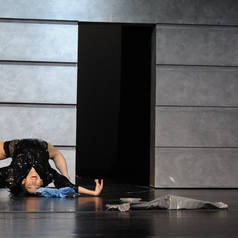 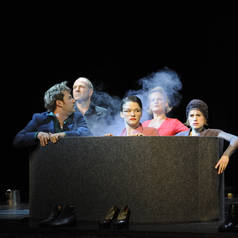 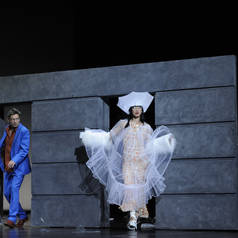 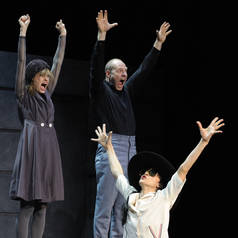 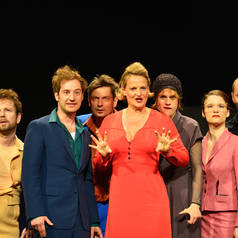 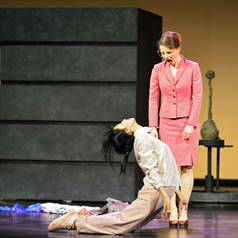 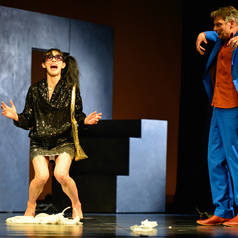 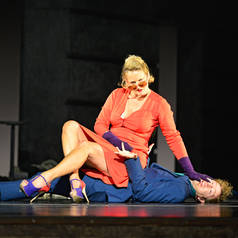 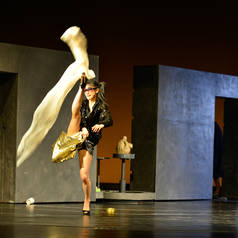 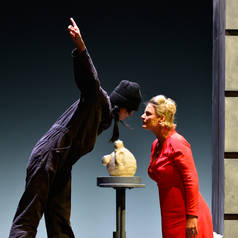 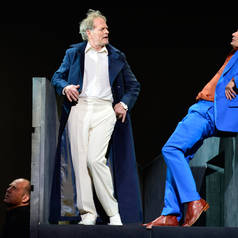 Detlev Glanert was born in 1960 in Hamburg. He studied in his hometown, in Berlin, and in Cologne with Diether de la Motte; Günter Friedrichs; Frank Michael Beyer; and Hans Werner Henze. The first Munich Biennale was opened with his opera "Leyla und Medjnun" in 1988; this has been followed so far by ten additional works for music theater. "Der Spiegel des grossen Kaisers" ("The Great Emperor's Mirror") was awarded the Rolf Liebermann Opera Award in 1993; "Scherz, Satire, Ironie und tiefere Bedeutung" ("Joke, Satire, Irony, and Deeper Meaning") was awarded the Bavarian Theater Prize in 2001. Glanert, who has received numerous awards and grants in addition to these awards, worked from 1989 – 1993 as, among other positions, the director of the school of music at Cantiere Internazionale D'Arte in Montepulciano, and he held the position of artistic director there from 2009 – 2011. He was composer-in-residence in Mannheim (2003); in Sapporo (2005); and with the WDR Sinfonieorchester in Cologne (2008/09). Starting in 2011, Detlev Glanert is the in-house composer for ten years at the Koninglijk Concertgebouw Orkest Amsterdam. He has been a member of the Freie Akademie der Künste in Hamburg since 2011. Detlev Glanert has been living in Berlin since 1987.