For a long time now, Dieter Schnebel has been planning a piece for the Stuttgarter Vocalsolisten where the voice artists move about within a space. He considered Processions  as a title, but rejected it because he felt it was too tightly connotative. The term "utopia" was deliberated during the discussions on the concept; it appealed to the "Blochian" in Schnebel, it reminded the composer of Geist der Utopie ("The Spirit of Utopia"), an early work by Bloch with a hauntingly expressive language, and it reminded him of the ending in Prinzip Hoffnung ("The Principle of Hope"): " … thus something is created in the world that appears to everyone in their childhood and where no one has been yet: “homeland" – a translation and interpretation of the word u-topia (ou topos), no place.

A historical journey through humanity's utopias was not an option – its history is too extensive and multifaceted. In the end, deliberations concerning the music, text, and scenes were condensed into the following concept: Three pieces for the entire six voices in the vocal ensemble correspond to the trigonometry of the Christian utopia: faith, hope, love. The entire ensembles are surrounded by soli, duets, and trios, which also measure the antonyms of faith and hope. Not the antonym of love; this appears more or less as "quinta essentia" (the fifth essence) in the sense of the ancient doctrine of the elements, beyond the existential fractures – as a utopia. The utopia, however, coalesces with and is defined by memory. With Schnebel it becomes audible through quotes and echoes from Wagner's Tristan, from Schubert, from Bruckner. The work of the 82-year-old man is not narrative theater, but rather primarily a theater of space, sound, and movement, which also moves from the stage and into the audience. 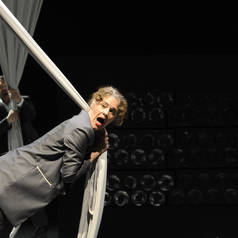 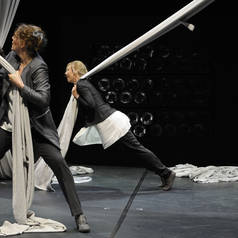 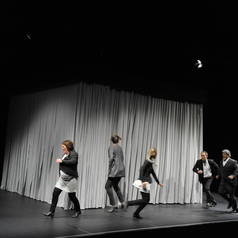 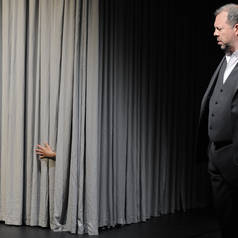 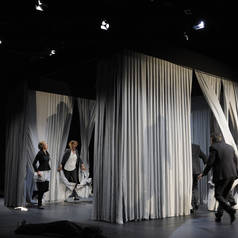 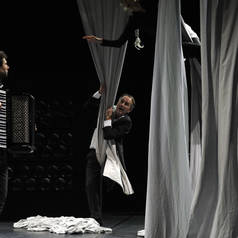 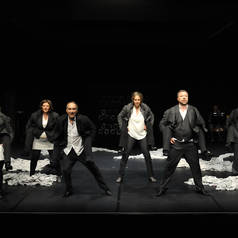 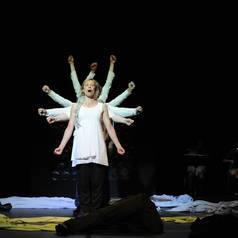 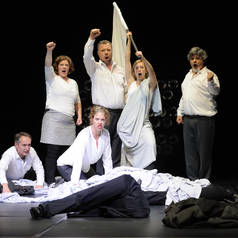 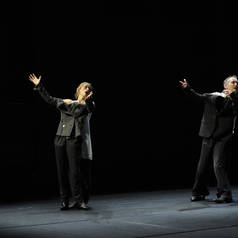 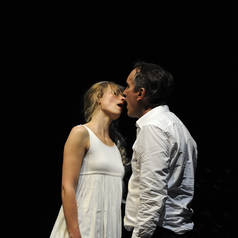 Dieter Schnebel was born in 1930 in Lahr, Germany. He studied music, musicology, theology, and philosophy in Freiburg and Tübingen. He worked as a pastor and teacher in Kaiserslautern, Frankfurt, and Munich. In 1976 the Berlin College of Arts (now called the Berlin University of the Arts) set up a chair in experimental music and musicology especially for him, which he held until he retired and was conferred emeritus status in 1995. There he realized with the group Die Maulwerker his open work concept, where musicians are challenged to use their instruments and voices in an unconventional manner and to stage happenings in spaces. The cycles "Maulwerke"; "Körper-Sprache"; "Schulmusik"; "Laut-Gesten-Laute"; Museumsstücke"; "Schau-Stücke"; and "Bachmann-Gedichte" were developed during composition processes that lasted several years. Schnebel unfolded novel concepts of the relationship between traditional and new music, even experimental music, in the cycles "Re-Visionen" (1972-1992) and "Tradition" (1975-1995), as well as in the chamber music works in the "Psycho-Logia" series with references to Greek mythology. His key works include the opera "Majakowskis Tod" (1989/1997); the large-scale vocal work "Ekstasis" (1996/1997/2001); and the monumental "Sinfonie X" (1987/1992/2004). Schnebel has been a member of the Berlin Academy of the Arts since 1991 and a member of the Bavarian Academy of Fine Arts since 1996.