Samy Moussa consciously places his music theater in the field of tension between politics and science fiction, and pointedly illustrates it not just as a painting of a catastrophe. It moves hard along the lines of reality, but not as a documentary; fantastic, but not in a no-man's land of escapist nonsense. "Vastation" begins in the final phase of an election campaign. The incumbent president needs a crisis to be reelected, so she can play the role of a rescuer. Her advisors create the necessary conflicts and carry them out with every means under huge losses, also personal, human, and emotional losses. The military strike, which they stage under a pretense, succeeds, the president could retain her political power, her re-election would be assured – but the destruction is not only in "enemy territory". What will happen? “The opera tries to do that thing I’ve always admired in Shakespeare’s plays and The Godfather films as well as in many, many operas – of moving from hugely public scenes to very private scenes”, says Toby Litt, the lyricist of Vastation.

In Toby Litt, a British author of short stories and song lyrics, Samy Moussa discovered a lyricist who was attracted to the appeal of the project and the special demands of music theater: the tight, accurate language that it demands, the nimble surfing between reality and probability that makes it interesting – and the willingness to become involved with the composer in a "work in progress." Samy Moussa and Toby Litt share the opinion that for the most part the dramatic course of events and the theatrical intensity decide the choice of the artistic means, and not some (music) linguistic regulations or rules.

Samy Moussa's previous compositions have been marked by a structural clarity and a powerful access to the sound material. The clarity of his style also remains an essential concern in the large format of opera. In Vastation he frequently keeps, however, the power of his tonal language in the background; it acts like an electrical field that accumulates energy without discharging it right away. Samy Moussa, composer and conductor, sees his score not as a prescription other persons have to fulfill, but rather as an invitation to the musicians to lend the written notes in the score a tension and gripping vitality through their commitment. 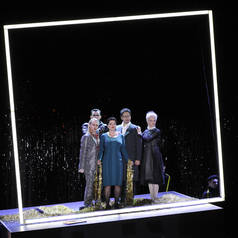 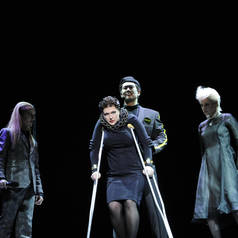 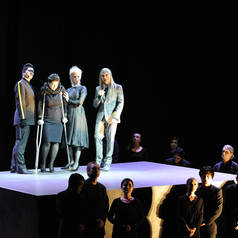 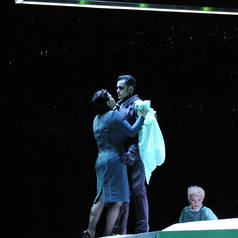 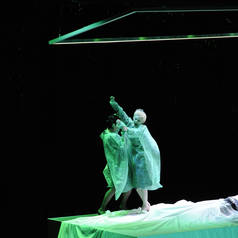 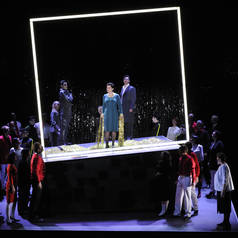 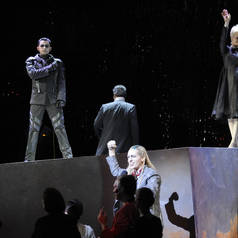 Samy Moussa is a composer and conductor. Born in 1984 in Montreal, first he studied in his hometown (composition with José Evangelista) and then in the Czech Republic (conducting with Paolo Bellomia), in Finland (with Magnus Lindberg), and starting in 2007 in Munich with Matthias Pintscher and Pascal Dusapin. In addition, he took part in master classes taught by Pierre Boulez; Peter Eötvös; and Klaus Arp. His short opera "L’autre frère" had its world premiere at the Munich Biennale in 2010 as part of a university project. He received commissions for compositions from, among others, Orchestre Symphonique de Montréal under the direction of Kent Nagano; and Pierre Boulez for the Lucerne Festival 2015. His music has been performed by, for example, the symphony orchestra of Bayerischer Rundfunk; DSO Berlin; and the Vancouver Symphony Orchestra. In 2013 he received a scholarship from the Ernst von Siemens Music Foundation. He has been director of the INDEX Ensemble in Munich since 2010. He works as an assistant conductor with the hr-Sinfonieorchester and Ensemble Modern in Frankfurt. As a guest conductor he has conducted for, among others, RSO Wien; Staatskapelle Halle; and the MDR Sinfonieorchester. He has worked together with soloists such as Albrecht Mayer and Ragna Schirmer. Samy Moussa lives in Paris and Berlin.